When I started freelance writing, I was doing it as a side hustle. I was working two days a week as a social worker and also completing my PhD. Feature writing for magazines and newspapers was fun and thrilling, but until the start of this year I never looked at it like it was a business. Now I’m a full time freelance writer and I am so proud of my micro-enterprise. I get such a sense of satisfaction when I see articles published with my byline and the money (eventually!) land in my bank account. 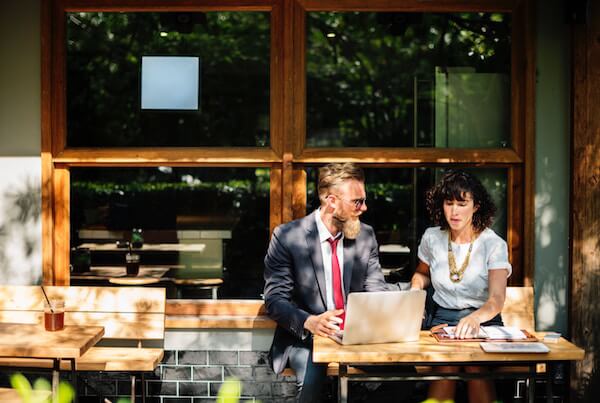 I’ve realised that there are three particular things that been immensely useful and helpful to me in becoming a successful freelance writer.

When I first wanted to explore the world of feature writing for magazines and newspapers I told my partner what I wanted to do. Ever practical and self-sufficient, he suggested that I didn’t need to do a course – that I could learn all I needed from various blogs and free bits of information on the Internet.

He was probably right, but I am a huge fan of formalised learning and being taught. I wanted all the information right in front of me, in one place and at one time.

I found a course in feature writing and promptly enrolled. Within weeks of completing the course I had my first commission and six years after doing the short online course, became a full time freelance writer.

But while the course gave me valuable skills and shortcuts into the world of feature writing (such as how to pitch editors, the difference between a topic and an angle and how to write compelling articles), what it really did was instil in me the benefit of investing in myself.

Since then, I’ve done three more courses through the AWC, I did Kate Toon’s seminal SEO course and several other courses and webinars on everything from running a small business to content marketing for journalists.

There are lots of ways to invest in yourself and your writing, but I do believe doing a comprehensive course is one of the best ways.

If your budget doesn’t stretch to enrolling in a course at the moment, I really recommend listening to lots of practical writing podcasts and reading lots of blogs about freelance writing.

If you were an employee at a regular company, you would be expected to update your skills and knowledge regularly, so make sure you take time to up skill and invest in yourself.

Like most writers, I am very comfortable in my own company.

I’ve never really felt the need to be part of a writerly community, until, that is, I started writing seriously.

Being part of writers’ groups online has been an incredible way to share information, encouragement, as well as my hits and misses. I’m part of a number of writers’ groups (mostly hosted on Facebook) and they have been the biggest source of support for me in my freelancing career.

Some of the groups are super active and others have tumble weeds blowing down the centre of the page, but after a while you get to know the group’s rhythms and personalities.

I’ve made friends from these groups, passed on work to other writers in the groups and have found so many writing opportunities amid these pages.

This is a great post from Elna Cain about the best Facebook groups for writers, but also be aware that some of the best pages may be those that are secret or paid communities. So keep your ears and eyes open – ask your writerly friends which groups are most valuable to them and they may just let you in!

But despite embracing online communities, I never felt like I needed a physical community or work place to go to as a writer.

I never felt the need to share a space with others. It was cheaper and easier to work from home.  I didn’t need to, so why would I?

I live in a small country town, and the co-working space here is not like the ones you often see advertised – we’re not in a tropical country overlooking rice paddies, but nor are we in a huge office in the middle of the city with hundreds of people side by side at communal tables.

I had friends who worked from the co-working space and urged me to try it, but I wasn’t particularly keen. Was I really making enough money to pay for an office space when I already had a desk at home? I had enough human interaction in my day and was fairly productive. Did I really need to co-work?

The co-working space in town held an open day early last year, so I decided to go in. Within minutes I met one of the owners and I was sold. She wasn’t a corporate, stuffy type – she was an international aid worker who was running her own consultancy business in our small regional town.

She was living a big, wonderful, interesting life. But like me, she had opted-in to country living – a quieter life where she could indulge in the slower pace of gardening, walking, riding and baking, but at the same time have a kick-ass career.

I immediately saw that you didn’t have to be working for a huge corporation or be a tech start up to work out of a co-working space.

I signed up that day and have been working there ever since. I usually pay for 64 hours a month and can use the space how I see fit (it may be two or three hours on one day or eight hours at once).

As I said to the owners, I came for the desk and the wifi, but I stay for the magic.

My co-working colleagues are all kinds of people – computer programmers, journalists, entrepreneurs, environmental consultants, editors, academics …. the list goes on.

I’ve made great friends as well as great connections. It’s like having amazing colleagues without any crappy workplace bureaucracy.

Oh, and if you follow me on Instagram, you’ll see that I bake weekly cookies where my fellow co-workers donate some money each time they take a biscuit and that then gets donated to local charity.

I honestly think co-working is one of the best moves I’ve made. And yes, I may have thought I was productive before, but I am so much more productive on the days that I’m working from there.

Like co-working, it took me a while to come around to this one.

I wanted to be more visible on social media and share lots of helpful information for freelance writers, so I tried a virtual assistant – but I found that I was paying a lot of money for her to schedule my social media in a voice that wasn’t mine.

So now I do all my social media myself (with plenty of typos but at least they’re all mine). I’m very active on Twitter, moderately so on Facebook, provide a weekly cookie update on Insta and barely have a pulse on Pinterest. But I figure that’s ok because I’m trying to take things slowly and build up relationships with people on each platform.

But one thing that I do outsource and it’s taken me a while to do so is transcribing of my interviews. I tried Fiverr for a while, but hated the ‘bidding’ system. I advocate for writers to avoid bidding sites so why was I using it?

A co-worker suggested I try Rev (affiliate link). Rev costs $1US per minute of audio and if your audio is under 30 minutes, you’ll get back in 12 hours max (usually I get it back in 4 – 6 hours depending on the time of day).

I have used it for over three years and I absolutely love it. It’s so convenient – immediately after I do an interview I email the audio to Rev. Sometimes if it’s a simple interview and I only need a few quotes then I don’t bother, but to be honest, even then I’ve still been doing it.

(And new customers can get $10 off their first Rev order).

Because time is money and if I spent an hour transcribing an interview, that’s an hour I don’t have to work on a story or pitching an editor or writing a blog post.

It’s taken me a while to commit to outsourcing and really transcribing is the only thing that I regularly outsource, but I’m so glad that I do. It makes business sense for me.

If you’re keen to look into other options for transcribing – this is a great post about what’s currently available in the world of transcription.

I truly believe that once you start looking at your freelance writing as a business, rather than as a hobby or a side hustle, you’ll start to grow and feel excited about where the ride may take you.

As you can see from this post, I believe there are internal, community and professional resources that we can call on within our business to ensure that we are making good decisions, continuing to learn and grow and doing work that is fulfilling and rewarding.

What have been your best business decisions? Do you invest in yourself with courses, co-working or outsourcing?