Want to know how to break into travel writing?
FIND OUT MORE
meet the freelancer

Ever since I decided to ask Jenny Valentish some questions for my blog, I’ve been trying to work out what I’d say in this introduction. But the truth is, I don’t think you can put Jenny or her writing into a neat 100-word summary. Jenny’s writing reflects her – it’s erudite, funny and often unexpected. And as you’ll read – she’s also incredibly generous sharing her experience and advice with other freelance writers. Can you share a little bit about yourself and your path to becoming a journalist, editor and author?

It’s probably obnoxious to mention the magazine (Girl!) and newspaper (The Star) I put together as a kid, particularly as I unwittingly plagiarised both those names, so we’ll slide to the fanzine I wrote as a teenager. Slapper was distributed in record shops around the UK and US and led to regular columns in Dazed & Confused and Tank Girl, but – in a story I’ve definitely dined out on in recent years – I was stitched up in the Sunday Observer by a journalist who took Slapper’s rather immature ‘groupie’s guide to gropable bands’ tagline as gospel.

As the nation’s tabloids, TV crews and radio stations descended upon me, I decided I was so disgusted by journalism that I no longer wanted to pursue it. I’ve always regretted doing my degree in American Studies instead, because I would love to be better versed in hard news writing and media law. I did do my dissertation on the American underground press though, so I got to wallow in subversive zines.

Upon leaving uni I became a publicist for the Soho-based music PR company that used to set up interviews for my fanzine. I was a terrible PR – too “fucking awkward” as my boss put it, in a pay review meeting – so then I found work at a small crime fiction publishing company in South London, where I was the sole staff member other than the publisher. I learned a huge amount about editing, sub-editing and production.

The downside was I was accumulating debt as both my jobs so far had salaries completely incompatible with living in London. It wasn’t till I was 25 and found work as a sub-editor at some adult magazines owned by Paul Raymond (who also owned half of Soho) that I started earning a decent living. The amount that adult performers get paid may be wildly overestimated, but I can vouch that the magazine staff writing about them are well compensated.

I found London to be incredibly competitive in terms of media jobs, and by the time I left for Australia at 31 I had only risen to the rank of features editor of a guitar magazine, and couldn’t see a way of advancing. Although, realistically, we might also blame the lifestyle outlined in Woman of Substances for that.

Which publications do you currently write for? Do you have one or two stories that you have written that you feel particularly proud of?

My main gig is writing about music for the Sydney Morning Herald, usually Spectrum, Shortlist and S. I’ve written a few cover stories for Spectrum in particular, such as this behind-the-scenes story about Madonna’s tour (annoyingly, all the box-outs aren’t included in online versions), and this New Order feature. I loved both of those because I got adequate time with my interviewees to make me actually feel that I was able to write something unique. It’s so rare for an Australian journalist to get more than 20 minutes on the phone with an international interviewee.

What is your favourite kind of article to research and write?

I’ve also really enjoyed writing about drug and alcohol issues for The Saturday Paper and The Monthly, such as this profile of a young woman who became desperately ill because she couldn’t find a service that would adequately treat her comorbid eating disorder and ice use; this look at the logistics of updating an 82-year-old organisation such as Alcoholics Anonymous; this comparison of beauty editor Cat Marnell’s rather thrilling addiction memoir to what’s known as the ‘original addiction memoir’, Confessions of an English Opium Eater; and this interview with drug and alcohol researchers who are considering ‘outing’ themselves as drug users.

You worked as an editor at Triple J’s Jmag and launched the Melbourne edition Time Out – what did freelancers need to do to catch your eye with a pitch?

I always feel like an imposter when people call me a journalist because I don’t have a journalism degree – when you were an editor did you have a preference to work with people who had journalistic chops rather than “just” freelance writers?

The perfect pitch would be a new angle on a topic that’s super-relevant to a specific section of the magazine or website (as in, the freelancer should indicate in their pitch that they are familiar with the title). Ideally it would fall into the freelancer’s field of expertise – so they will understand all the reference points their interviewee might mention – or at least into a subject they’ve been exhaustively interested in lately. There would also be a strong story-telling angle; a narrative that can be followed from start to finish.

I didn’t mind working with someone who didn’t have journalistic chops so long as they didn’t mind me giving their work a heavy edit. The one thing few editors have the luxury of these days is time to go back and forth.

I’m interested to hear about whether you have a writing routine – what does your writing week look like? Do you have a certain number of pitches you want to get out each week or a specific number of articles commissioned?

There’s no routine now that I’m a full-time freelancer. I know people advocate, um, getting out of bed and getting dressed, but that’s usually something that doesn’t happen until I’ve spent a few hours working while prone on the electric blanket.

Then I might move to the co-working space, because sitting upright sometimes makes one more productive, then off to the sofa back home. Sometimes I only work four hours a day, but that’s seven days a week. Given I don’t have to sit through meetings anymore or write web traffic reports, I’m pretty sure that my four-hour day amounts to what my office-worker output used to be.

Similarly, I don’t aim for a certain number of commissions per week; I just make sure things are ticking over. I wouldn’t be so blasé about it if I lived in the city, but my cost of living is low in the country. I avoid any job that pays so-so, if only because you don’t want to set a precedent – for both yourself and others. Those tend to be digital platforms that publish a lot of time-sensitive content, so it means I have to watch some of my greatest, most pressing ideas come and go, from my electric blanket.

All that said, the monthly accountability posts on your site are encouraging me to start setting myself some KPIs. Soon.

You are a well-known journalist and author – do your pitches ever get met with silence? If they do, why do you think that is? If not, what’s your secret??

Yeah, your pitches will reliably get met with silence by certain editors. When you compare notes with other writers you realise it’s not so much that they don’t like the cut of your jib as they just have a policy of not answering if they’re not interested/have their favourite writers locked in already.

Could you tell me a little bit about the process of pitching your latest book, Woman of Substances, and then managing to write that as well as feature articles?

This had to be the quickest pitch process ever, because the topic of ‘women’ and ‘substances’ is a no-brainer when you envisage the media interest. I pitched to Black Inc, met my publisher within a week and got the contract within days of that.

Most Australian advances are the equivalent of between a month and two months of full-time work, with no allowance for expenses. This book took 14 months and I flew around the country, paid for people to help with my reference list, and went to multiple expensive drug and alcohol conferences. So it was a massive loss-making exercise and you’d have to sell about 20,000 copies to see any kind of profit.

I continued feature-writing throughout, yes.

What do you find most challenging about being a freelancer?

Watching your opportunities evaporate like bubbles in the bath as media companies slash jobs and budgets. Realising that it’s necessary to adapt, embrace change and work across different streams to survive.

My dad worked in the computer industry and over the decade he lost more and more ground in tandem with the advancement of technology, as each year’s new graduates had more relevant knowledge than him. I hadn’t realised, when I began my career, that journalism would be the same.

Another thing: I’ve had a few major interviews cancelled by the interviewee after I’ve spent a good day researching and writing questions. The title that commissioned it rarely compensates you for that time lost.

Thank you Jenny – how can people get in touch with you and find out more about Women of Substances?

I have a website for Woman of Substances and also for my freelancing. My book is available in your local bookshop or you can buy it online.

How good is Jenny?! Did anything in particular strike you about our conversation? 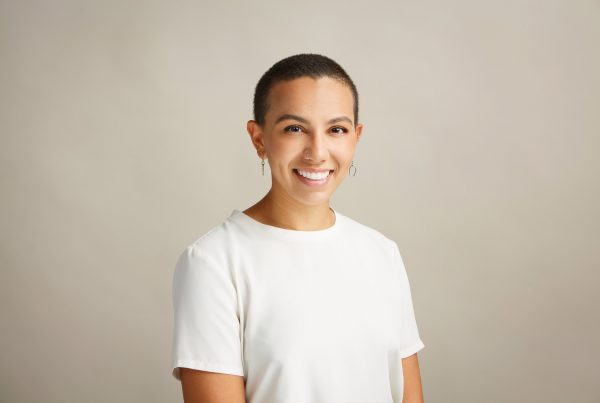 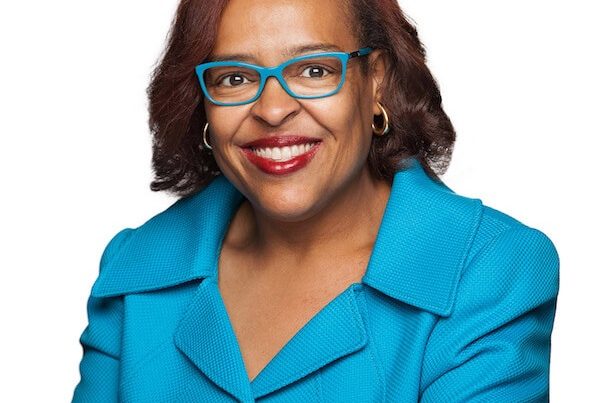 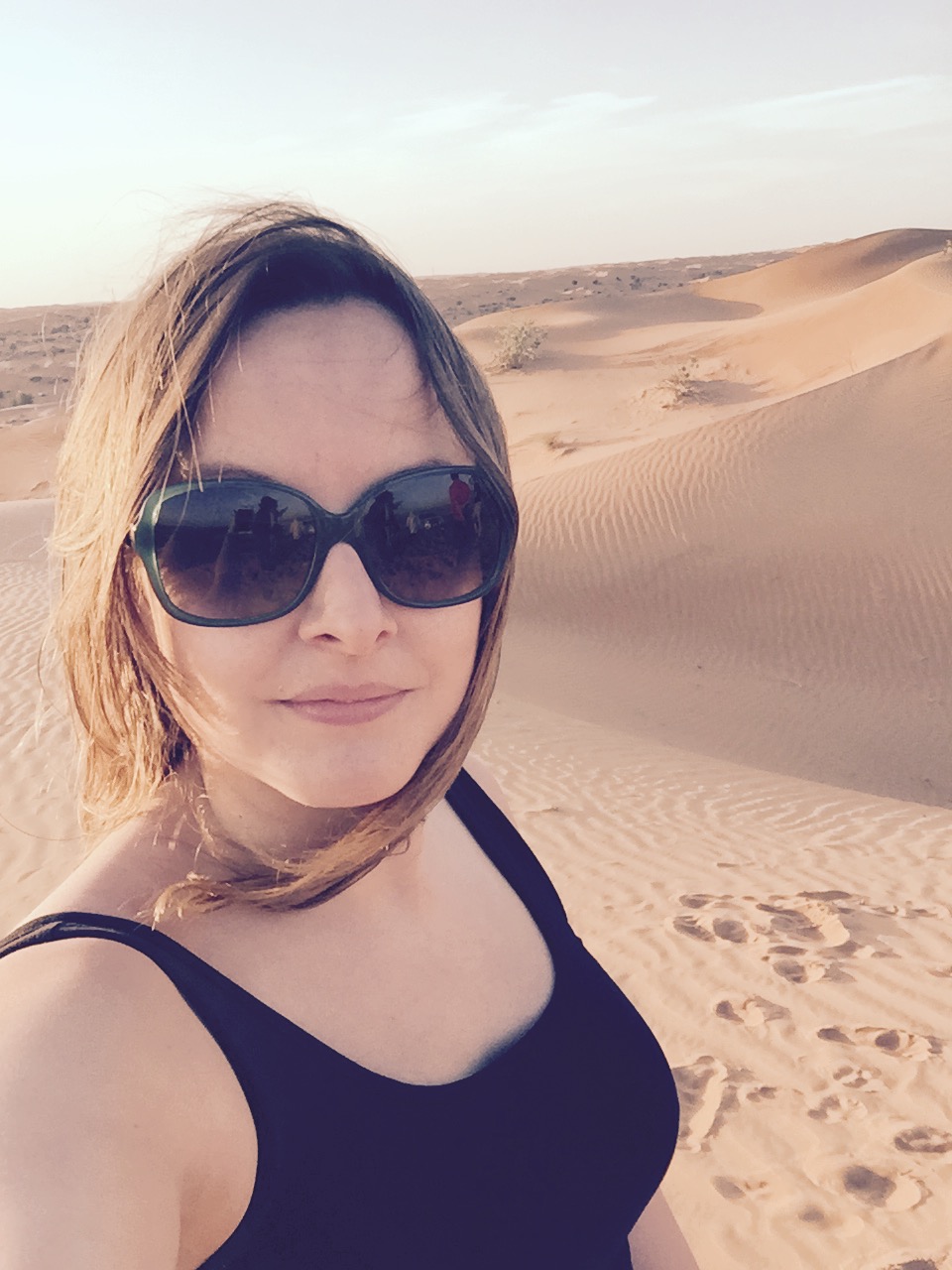