I am fully aware that I’m going to sound like I’m about 110 years old, but where did October go?

I had a busy month with almost two weeks of professional meetings (more on that later), which meant I didn’t have much time to pitch ideas or take on new work.

And, for the first time in years I fell way short of my monthly income target.

This isn’t a massive problem, because I’m not living in a feast or famine cycle.

I have a good financial buffer and pay myself ‘a wage’ regardless of what money comes in.

So that means I can ride out almost any bumps or dips in my income.

And I think not hitting my income target (or getting anywhere near it) brought into focus something else.

I realised that my focus is slowly shifting.

For years I concentrated only on my freelance writing.

Then I was focusing on freelance writing and coaching other writers.

But since I launched my online course Write Earn Thrive in July, I’ve become so focused on supporting members of the course.

And in fact, I’ve taken the first two weeks of November off so I can do a content upgrade for some of the course modules.

So, despite not hitting my income target, I feel so excited about delivering more value and more help to freelance writers in my course.

Okay, so here are my stats for October

Commissions from pitches or query letters: 0

In terms of feature articles for corporate, B2B clients and sponsored content (I don’t usually pitch these – the clients come to me)

It’s been an unusual month like September was, in that no editors came to me with offers of work.

Although, I realise now that as I write that, that sounds quite arrogant.

And maybe now that it’s been two months in a row, it’s not so unusual?!

I was still pretty busy writing a big batch of well-paid articles for a corporate client that were commissioned in September.

And I think that is what happens in freelancing.

You might often have a big month of getting stories and commissions, but then you actually have to write them.

And that means you may not have that much time to pitch or prospect for other work.

I had a lot of highlights this month.

I regularly have a business debrief with my friend Cass Ewing (who has a fantastic blog all about solutions and tips for micro-business owners and sole traders).

Cass is a super star sole trader and is the kind of planner I’d like to be when I grow up.

So, when Cass told me she was instituting a 9-day hiatus every 9 weeks as a way to manage her time in her business, I was inspired.

As I mentioned earlier, I’m scheduling two weeks off from writing in early November.

I’ll be doing content upgrades on my online course Write Earn Thrive and catching up on (eek – all) the webinars and courses I’ve bought and haven’t finished.

Talking to Cass made me realise that taking time to work on your business, not just in it is vital.

These two weeks in November will hopefully mean I’m being proactive about my business, not reactive.

I hit the road

It’s been a long time since I’ve travelled further than 15 minutes in my car, so it was quite thrilling to be on the road twice in October.

Some of my regular travel editors are starting to commission again and I picked up a couple of ‘yeses’ to two travel pitches.

It was ‘just’ domestic travel within Victoria, but I got to take my family and it was so nice to have a change of scene.

Without really realising it, I booked myself up pretty heavily in October with virtual networking events.

[See what I mean about wishing that I had some of Cass’s planning skills?]

First, there was Luxperience – an event that “connects luxury and high-end experiential travel specialists with elite experience providers to develop meaningful relationships that translate into real business”.

Simply put, I virtually attended seminars about the future of luxury travel and pre-scheduled appointments over four days.

I made heaps of new connections, but I’m not sure I would attend again.

Why? Because it’s very focused on travel trade.

Even though there were some media attendees, many of the exhibitors weren’t used to talking with journalists or travel writers about their destination or products.

Held over two days, it was a great opportunity to catch up with PRs from travel and tourism brands.

It was wonderful to hear how their destination or products are faring during the pandemic and even discuss potential support for future trips.

Being nominated for an award

I was thrilled to learn that I am a finalist in the Australian Society of Travel Writers’ annual awards.

My story about my vegan adventures through India is a finalist in the best food travel story category.

It was such a surprise to make it into the finals, and I know everyone always says this, but honestly, the thrill is in the nomination.

To have my story considered alongside such esteemed travel and food writers is really humbling.

Amazingly enough, I didn’t really have any lowlights in October.

It’s kind of related to freelance writing, but I spent a fair bit of time and money at my local physiotherapist because of a dodgy hip.

And yes, I realise I sound like I’m 88 years old complaining about having a sore hip.

I think it’s a combination of having an imbalanced running style and spending loads of time sitting at my computer.

I also have RSI in my right hand from my years of working as a sign language interpreter and that’s starting to flare up again too.

So, every day I’m making sure I take lots of breaks and doing lots of stretches.

Because if I can’t type or sit at a computer, well, there isn’t much that I can do, business-wise.

Do you know about this free amazing resource? It’s a detailed document about what media outlets to pitch and what they pay.

It’s skewed towards science writers, but really, there’s a heap of opportunities in here.

So next time you have a great idea and don’t know where to pitch it, start here.

I’ve also been loving listening to the new season of The Writers’ Co-op podcast hosted by freelance writers Jenni Gritters and Wudan Yan.

What I love is how Jenni and Wudan focus on the business side of freelancing and they are so frank in their discussions about their work and in their interviews with other writers.

If you’re after other writing podcast recommendations, check out what I’m listening to here.

My income for October

As usual, I set my income target at $5K.

And like I mentioned earlier on, I came in well under that.

I had $2176 worth of writing work commissioned.

As always in freelancing, your income often lags behind the work you are doing.

I expect that this low income month won’t really impact my bank account until around December.

My expenses for October

How was your October? What’s your November looking like? 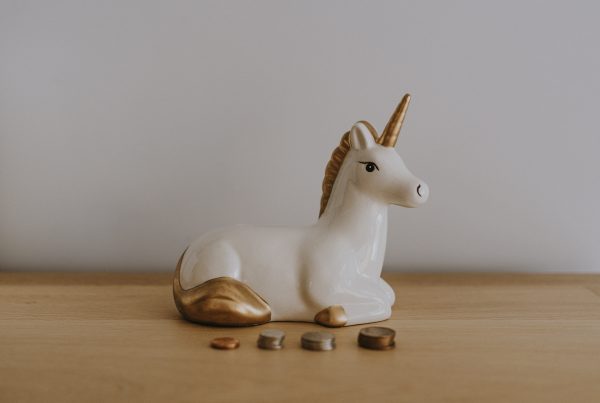 My monthly income report for September