One of the qualities that is crucial for freelancers to have is generosity. I really believe that the ‘soft’ attributes of openness, kindness and big-heartedness are just as important as technical skills for freelance writers. I’m part of writing groups and communities that are incredibly generous – especially with sharing contact details for editors. But recently I’ve started thinking about what happens when writers and journalists don’t source their own contacts. 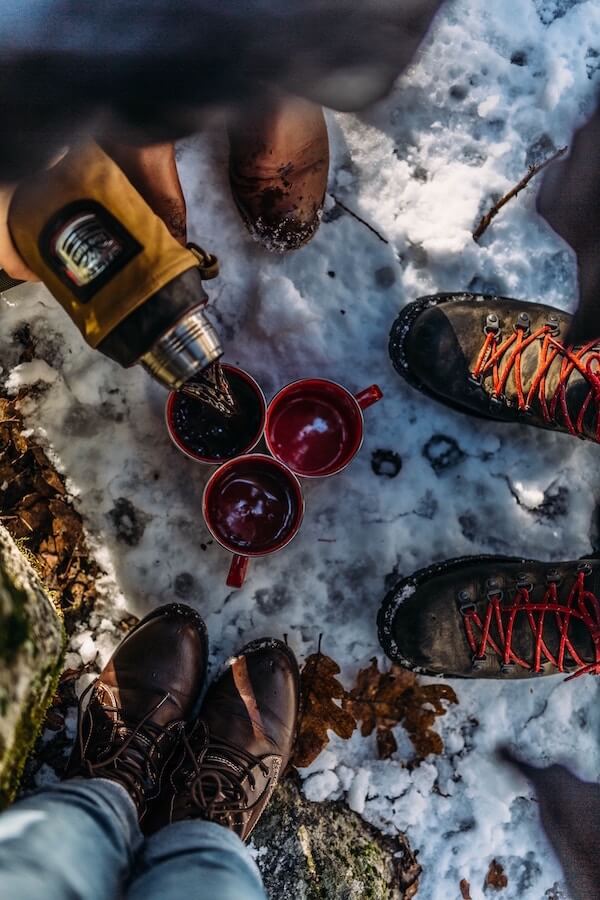 I know that there is a sense of competition within every industry, and I also know that within freelance writing some people guard their contacts list, but I’m not one of those people.

I tend to think that just because you have an editor’s email address doesn’t mean your pitches are going to be automatically accepted. You still have to come up with a cracking idea and send the pitch.

And what’s more, it’s not actually that hard to find editors’ contact details.

Like David Hochman says, “You can get the contact for any agent in the world, but will they sell your book for a million dollars? Not necessarily. You still have to have the work and talent and ideas behind it all.”

But I was speaking with a seasoned freelance writer the other day and she said to me, “There’s a feeling in this industry that you should never tell others who you are pitching to. You can tell them which publication you’re writing for, or pitching to, but don’t mention the editor’s name.”

I was dumbfounded by this attitude.

After doing a short course in feature writing, I joined online communities and groups where information about editors, rates and publications were freely shared.

As a fledgling freelance writer, these group led to me getting some of my first commissions.

And since I’ve joined online freelance writing communities, I’ve also freely shared information and opportunities because I really believe that being a freelancer is about giving as much as you get (if not more).

But when you get regular requests to share your contacts it can get frustrating.

Ginger Gorman is a social justice freelance journalist and says she feels conflicted when reporters she doesn’t know contact her out of the blue and ask for her contacts. “Generally I’m not so worried about helping a fellow freelancer with contacts for a specific editor if they are trying to pitch a story,” she says. “However, if it’s an editor I’ve worked hard to build a relationship with, even that can feel uneasy.”

Like Ginger, I regularly receive these kinds of requests too. But for me, it’s mostly from writers I know or at least recognise their name.

But whenever I’ve thought about sharing contact details, I have always been thinking about it from the perspective of sharing editors’ or PR’s contact details.

But what about sharing contact details of your interviewees or case studies?

Up until recently, I hadn’t fully considered what it’s like for someone Ginger, who spends weeks (if not months) carefully and sensitively establishing relationships with people for the stories she writes.

She regularly gets requests from other journalists to pass on the contact details of the people she has interviewed.

“With my social justice investigations, this is usually someone who has never spoken to the media before and has suffered some kind of trauma in their life,” she says. “It’s also probably an issue that hasn’t had much coverage until I reported on it. I find this pretty insulting and question the morals of this from the journalist’s perspective. They are basically asking to take my work! Also, I have very ethical reporting practices and I want to protect my interviewees from potential harm. This is a major priority and a key reason the public trusts my work.”

Ginger says she used to feel “guilty and obliged somehow” to help the journalist, but she has recently changed tack. “Lately I’ve been getting a couple of requests like this each week and I’ve just started saying “no” – especially if it’s a journalist who is on a full time wage in a big news organisation,” she says. “Do your own hard work and don’t sponge off freelancers!”

I believe the topic is really important, but it’s incredibly delicate and if I found willing case studies, I’d need to be careful about the legal ramifications about them talking to me. I’ve found one person so far who was prepared to talk with me, but one person does not an article make.

One journalist has written about the topic previously, but I must admit I have never thought about contacting her to ask for her case studies’ details. I’m not saying that to pat myself on the back, but just that I appreciate the backstory of the work it takes to develop real, authentic, trusting relationships with people.

When I was a social worker, I regularly saw the bond some of the people I worked with would form with workers and professionals in their lives. They almost always found it incredibly tough to switch to a new case worker if their old one was moving on.

When I listen to Ginger speak about the bond she has formed with the people she interviews, it’s a collaborative and trusting relationship. I can totally understand why she’s reluctant (and has started refusing) to pass on contact details with the interviewees’ permission or even offer to see if her interviewees are interested in being part of another article. Because if she did, she might give the impression that it’s a recommendation from her.

It’s a murky area. I know some writers think that sharing case study contacts would mean a particular story can reach a broader audience, so they believe we should all share.

From my own experiences and from what I’ve heard, these kinds of requests are common – both asking for editors’ contact details and requests for case study connections.

In the end I think it comes down to how much you want to write a particular story. Are you prepared to try and source the editor’s details yourself before you ask a colleague? Are you willing to find your own case studies? And how willing are you to share your own contacts that you have worked hard to develop?

I’ve never been cagey about sharing contact details, and I can’t imagine that I will suddenly start guarding my contacts list.

But I do hope that people like Ginger start getting fewer requests to share interviewees’ contact details, because that seems like a lazy way to do things, and let’s face it, if you want to make it as a freelance writer that’s not a quality you want to have.