Writing for in-flight magazines: how freelance writers can break in

One of the things I love most about flying is reading the in-flight magazine. They are often full of pithy, fascinating and topical stories – not only about particular destinations, but broader trends and happenings within the arts, business, fashion and society. It can be tricky to break into writing for in-flight publications, so I spoke to a number of writers and an editor of an airline magazine to get the scoop on what you need to know in order to see your by-line the next time you take to the skies.

A few months before I started this blog, I came across Diana Hubbell’s article about Oktoberfest in Voyeur magazine (Virgin Australia’s inflight magazine). I was so impressed by her writing and the narrative arc of the piece that I reached out to interview her.

The magazines that are linked to airlines are often prestigious and seen as the Holy Grail in travel writing and often showcase great writers writing wonderful content about fascinating places and people.

Earlier this year I started developing my focus on travel and food writing and started pitching editors of in-flight publications.

There are over 250 in-flight magazines – so there are plenty of opportunities to get published – but there are some things that are important to know when writing for airline magazines as opposed to regular magazines and newspapers.

Writing for in-flight magazines: How freelance writers can break in Look at where they fly

This may seem really obvious, but before you pitch or send a query letter to an editor, look at the destinations where the airline flies. If you want to pitch a story about a city, country or area that the airline doesn’t fly to, it’s very unlikely it’ll get picked up, no matter how great your idea is.

Freelance journalist Rebecca Weber says pitching to in-flights is similar to other magazines in that writers need to see what topics the publication covers, together with the angles and formats they prefer. “But the one main difference is that they (or possibly their partner) must fly to or near any destinations mentioned,” Rebecca says. “I wrote a cover story about [singer] Bonnie Raitt for a US inflight years ago, and they listed all her upcoming tour dates in cities they serviced.”

Editors will come looking for you

I know a number of writers who have been approached by in-flight magazines to write for them. This is often because the writers are well-known experts on a particular area or topic or because they live in a destination that the airline wants to feature.

But in order for editors to come to you with commissions, they need to be able to find you. “More recently, I was contacted by an editor who I’d never worked with,” says Rebecca. “To help make this happen, make sure to update your website with the subjects you cover and your location – in this case, design and architecture in Cape Town.”

I’d also add that putting the key words ‘travel writer based in [destination]’ in your LinkedIn profile is important.

Once you’ve got an editor’s ear, talk!

Freelance writer and communications consultant Monica McInnes responded to a call out from the editor of Air Niugini’s in-flight magazine on TravMedia. “The editor replied positively, but declined the pitch,” Monica says. “He said he would love to hear about other pitches I may have. So, that was my ‘in’! I researched the mag and the destination covered by the airline.”

Monica then pitched a story about Singapore’s remnants of World War II. “I had this story already on my radar and not many ideas for where it could be placed,” she says. “Given it was timely with the 75th anniversary of the war, and Papua New Guinea’s WWII involvement I already noticed that the magazine had started to touch on these themes with some of its stories. So I pitched my idea to the travel section and drew on the previous contact I had had with the editor as part of my lead into the pitch.”

Monica was commissioned and the article was published in Air Niugini’s in-flight magazine.

While she is still trying to break into ‘bigger’ airline magazines, Monica has some tips for freelance travel writers looking to pitch. “I have started to follow leads about new routes and keeping on top of airline ‘news’ to help craft a timely pitch for a destination the in-flight mag hasn’t covered before,” she says. “I would also like to think that perhaps sometimes looking at the smaller airlines, rather than the likes of Qantas and Virgin could be another ‘in’ to the in-flight mag market.”

You don’t always need to travel

Emily McAuliffe is a travel writer and copywriter who lives in Portugal. Emily has written for Qantas, Tigerair, Jetstar, Aer Lingus and has been approached by a couple of other in-flight magazines to write for them (see, it does happen!).

Like Rebecca and Monica, Emily believes that it’s crucial to know the publication well and the types of stories they cover, but says once you’re in, it’s often easier to get repeat commissions. “I’ve even had some direct approaches from other magazine editors who now view me as a destination expert,” she says. “I think it also helps to know the destination you want to write about well as editors often appreciate that you can provide better content when you have insider knowledge. I got my break by pitching about my home city and other places I was familiar with.”

Many freelance writers don’t necessarily have the time or resources for big trips (especially when you are starting out), so focusing on your local area can be a win-win when pitching to in-flight magazines.

I write regularly for one of Australia’s most popular food magazines, and my first story for them was a food and travel feature about the regional town where I live. Since I pitched that initial story in mid-2016, I’ve gone on three trips around Australia for articles for the publication.

I asked one of my editors of an in-flight magazine I write for to answer some questions about how freelance writers can maximise their chances of getting a ‘yes’ when they send in a pitch or query letter.

The editor has asked not to be named (along with the publication) as she didn’t want to have to go through upper management to get her responses signed off.

The magazine she edits has a readership of around 7 million people per year (I know, right?!) and produces 12 magazines annually.

This is what she says:

1.     For writers who are pitching for the first time, it’s always helpful to provide a link to an online portfolio so editors can see if the new writer’s style would be a good fit for the magazine. Some writers are great at short, sharp upfront pieces, while others are better at sustaining an engaging 1,500-2000 word pieces, so an online portfolio would better help the editors determine how to commission the writer.

2.     A great pitch should always have a “hook” – something that makes the story worth reading even if the material may be already somewhat familiar or not timely. For instance, I recently received a two-line pitch about an “under-the-radar wine region” in California.

I am not inclined to pick up this story as there’s no angle. If the writer could have included more info (which I’m making up here), such as “This region has not just been producing fine Cabernets, but is also home to a few fully biodynamic vineyards” – my interest would have been piqued.

I’d say that pitch-writing is actually a very underrated skill that writers should work at refining – it should be able to properly sum up the story in 100 – 150 words and have the following: a strong angle, suggestions for interviewees and, if possible, a suggestion on how the writer sees the structure of the piece (Profile? Run-on?)

3.    Editors are usually trying to keep a few balls in the air at the same time, so writers shouldn’t expect immediate replies from them. With that being said, personally, I don’t mind the occasional nudge from writers to see if their pitches have been received – I will usually reply to accept or reject the pitch, as I understand that writers may want to pitch the story to other publications.

However, I had this one writer – whom I’ve never used – who emailed me almost every week to see if I’ve received her email. And while her persistence is admirable, I felt so frazzled from her incessant emails that I don’t feel inclined to try her out at all!

4.    I would also add that editors are more inclined to use writers again if:

(a) they are extremely responsive over email to help with captions, edits, or to hook us up with the interviewees of the story for photo commissions. I would hesitate to work with writers who take more than 3 days to reply an email as we are working with tight deadlines – probably even more so than newsstand titles as the magazines have to be on-board the planes on the 1st of every month, no matter what.

The whole magazine also needs to be sent to the airline for approval before the whole thing goes to print – another factor that newsstand titles don’t have to worry about. For me, personally, responsiveness is paramount because the title I’m working on runs in two languages, so I need to factor time required for translation into the production process.

(b) writers take edits in their stride. I’d say that more than 80 per cent of articles submitted to editors have to be sent back to the writers (although some second drafts require more work than others). Sometimes it’s because the structure doesn’t work, or maybe the tone needs to be tweaked to suit the “vibe” of the magazine. The last thing editors need is to juggle more egos – although I do take particular care in being thoughtful when I send back stories for re-working.

“Keep an eye on flight routes opening up, since airlines will be keen to promote any new destinations they fly to” – Emily McAuliffe

If you’re looking for ideas of where else to pitch your travel writing – look no further than Gabi Logan’s Travel Magazine Database (affiliate link) – this is an incredible resource for writers to get detailed breakdowns of hundreds of travel magazines in addition to the 30 magazines new breakdowns a month for $20/month. (You can also save two months’ membership fees when you opt for an annual subscription.)

For more tips on breaking into travel writing try these posts:

Getting sponsorship for travel

Do you write for in-flight magazines? Do you have any tips to add? 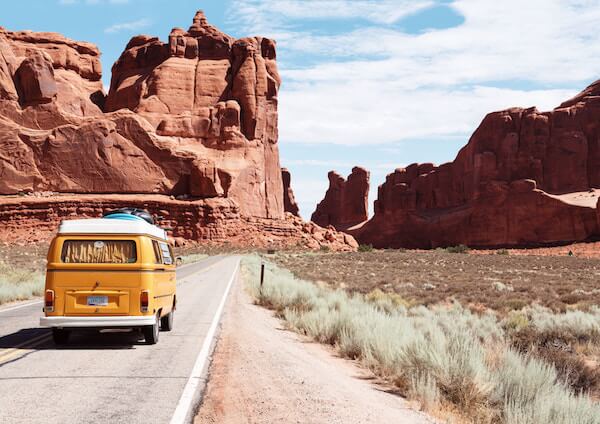 What no one ever tells you about being a travel writer 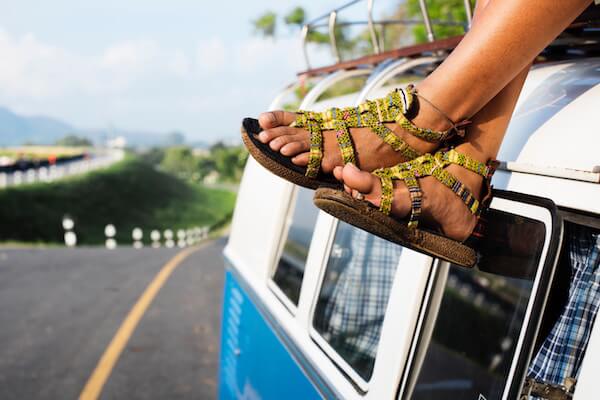 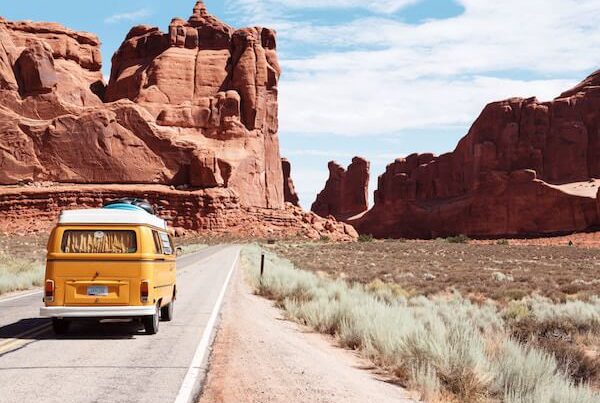